84% of Finns want the government to join the TPNW 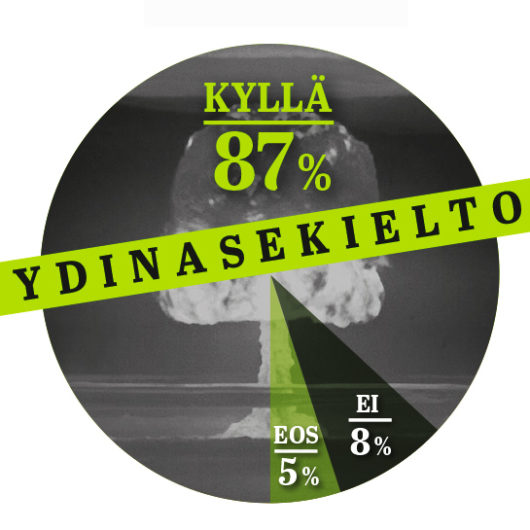 84% of Finns agree that Finland should sign the UN Treaty on the Prohibition of Nuclear Weapons (TPNW), says the new poll conducted by ICAN Finland. The survey also found out that 87% of Finns support a comprehensive ban of nuclear weapons.

ICAN Finland’s coordinators Kati Juva and Claus Montonen are happy with the results. “Finns clearly understand the real threat nuclear weapons pose. The only way to abolish the threat of a nuclear war is to completely ban and dismantle them”, says Juva.

“Finland has stated in the UN that it is willing to support all serious attempts of nuclear disarmament. TPNW is currently the only such initiative that has real momentum. Finland must definitely sign it”, says Montonen.

The poll shows similar attitudes as the one conducted in Sweden earlier this year, where 85% of Swedes supported signing the TPNW. National opinions in other European states hosting nuclear weapons are also clearly against the practice, says the survey by ICAN and YouGov.

TPNW was first passed in July 2017. It currently has 79 signatures and 33 ratifications. In order to become binding, it needs the ratifications of 50 states. Finland has yet to show its support to the treaty.

International Campaign to Abolish Nuclear Weapons is a global network of organisations that support nuclear disarmament. ICAN won the Nobel Peace Prize in 2017. 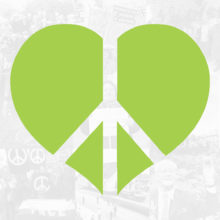 This is a story of people who believe that peace is achieved by building it. Help us to continue our work!   Crowdfund peace